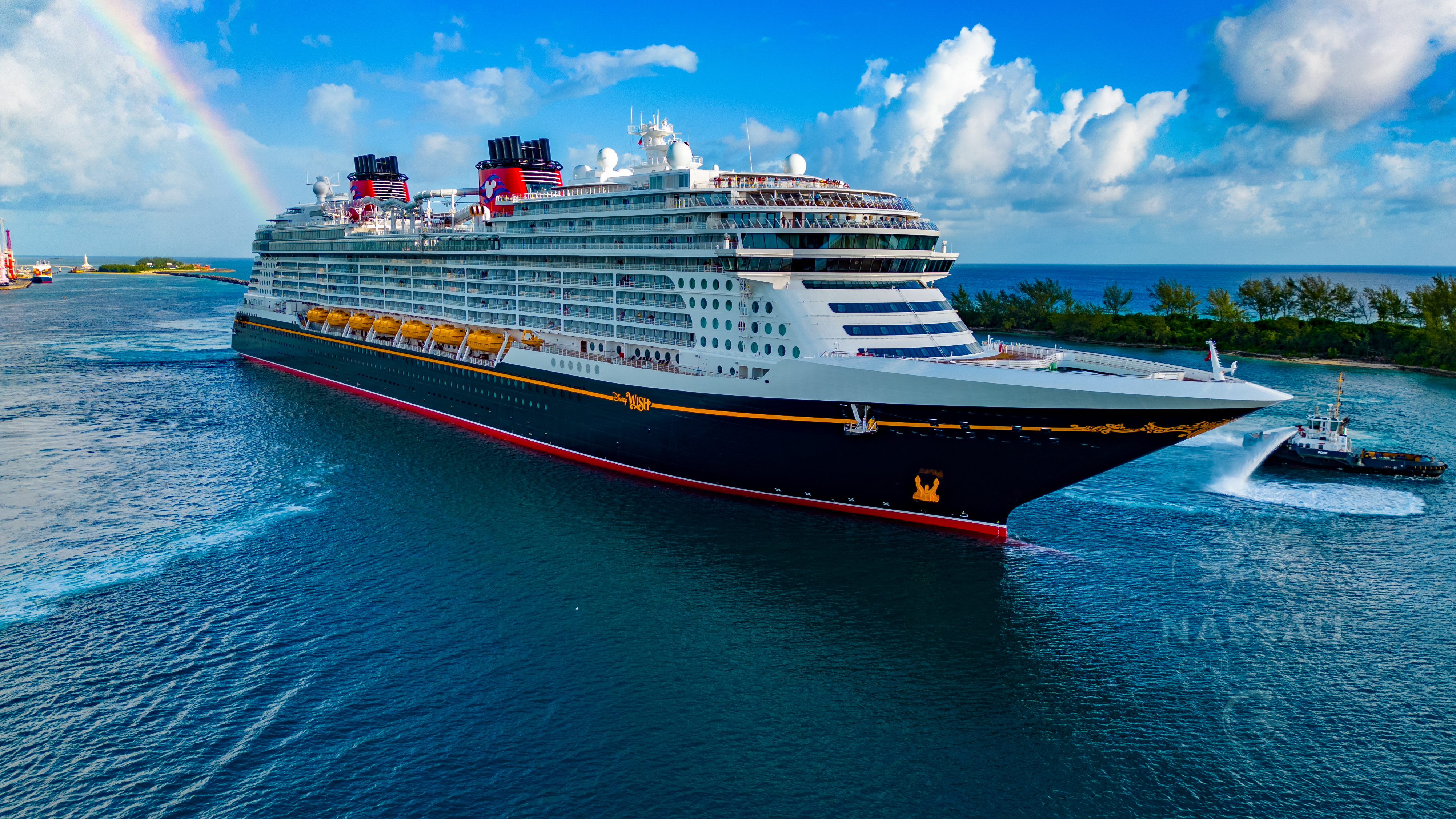 On Saturday, July 16, Nassau Cruise Port welcomed Disney Wish, the fifth cruise ship owned and operated by Disney Cruise Line, back to Nassau for a formal "Plaque and Key" ceremony. This auspicious event marked the official maiden voyage of the ship to the port. Passengers were greeted with a mini "Bahamian Carnival" party featuring snow cones, cotton candy and other local treats, performances by entertainers from Emanji Circus Arts, and a send off by the Music Makers Junkanoo Group.

Executives from Disney Signature Experiences (Disney) and Nassau Cruise Port expressed their excitement for the continuation of their successful partnership through this new venture. Both teams also announced new social and environmental initiatives, sharing their mutual interest in supporting the Bahamian community and environment.

Thomas Mazloum, President of Disney Signature Experiences, announced that Junior Achievement Bahamas is one of the first youth organizations to benefit from its new "Wishes Set Sail" campaign. According to Philip Simon, Chairman of JA Bahamas, the organization will have the ability to fund programs for 2,100 students this year in Abaco, Eleuthera, and New Providence through Disney's support. Program content will include financial literacy, entrepreneurship, college preparation, and work readiness courses and activities.

With regard to environmental sustainability, Nassau Cruise Port announced that it will include 1.4 MW of solar power in its redevelopment project to reduce its carbon footprint. The port team also recently purchased three 18-seater passenger trams which can run on electric and solar power. These are a few of the many initiatives being planned under the port's "It's in Our Hands" environmental sustainability brand, which was launched in early July to promote its environmental conservation efforts and policies.

For its part, Mazloum also announced that Disney will install solar power on Castaway Cay where "70% of the island will run off renewable energy resources." Disney Wish is the first of its five ships to run on lower emissions dual-fuel liquefied natural gas (LNG).

Wish will sail exclusively in The Bahamas for the foreseeable future.